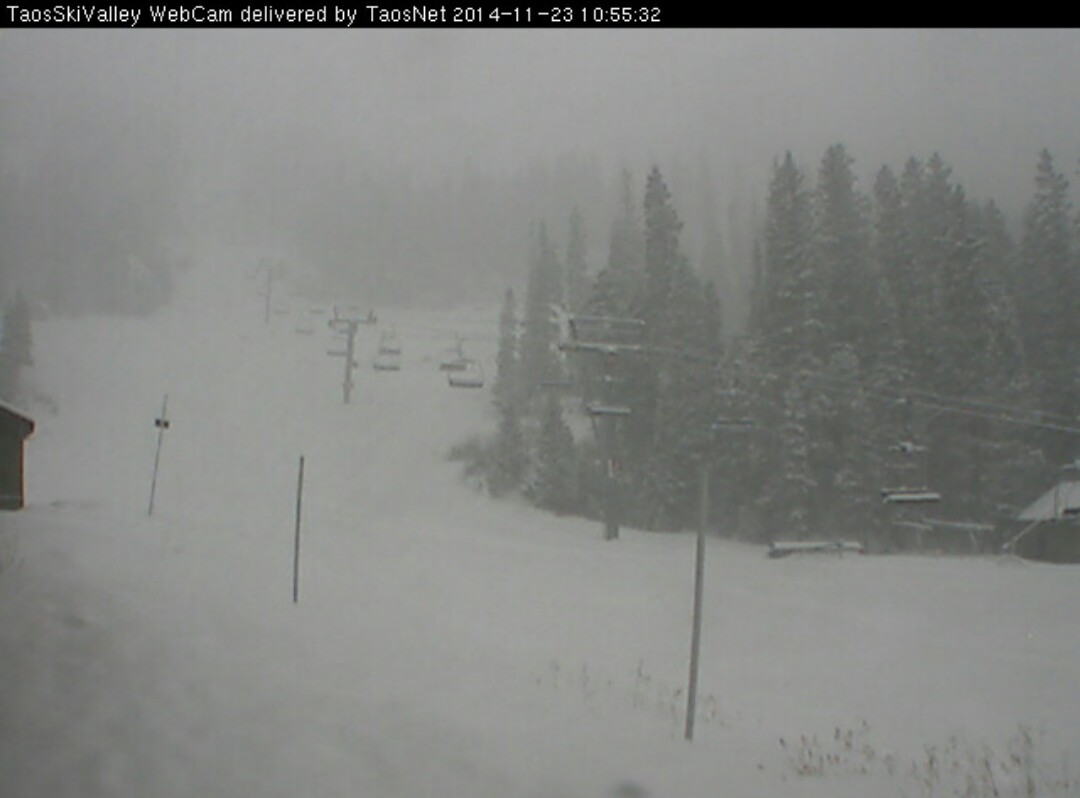 Back when I was, I think, 15, I had the opportunity as a Boy Scout to do a two-week backpacking trek at Philmont Scout Reservation in Northern New Mexico. It was a fantastic two weeks. I learned a lot, lost a ton of weight, and climbed to the top of a mountain called Baldy Mountain, which peaks at about 12,500 feet. To this day I remember how hard I had to breathe, 3 breaths per step, to make it to the very top. I don’t think I ever expected to return to Northern New Mexico.

Since moving to Northern New Mexico, living only a 2-hour drive from Philmont (and make no mistake, my memories of Philmont made me receptive to moving here), I’ve kept meaning to drive out there and see it again, but have never made the time.

This spring, while skiing in Taos, I got a breathtaking view of the mountains to the East from near Kachina Peak, and I could swear that one looked like that same Baldy Mountain I climbed, albeit covered with snow. Just this morning I finally pulled up Google Maps and confirmed that it was, indeed, the same peak. Philmont resides just over the mountains from Taos. I may not have made it back there to visit yet, but at least I’ve now laid eyes on Baldy Mountain and Philmont once again.